Tik Tok is a beautiful thing. A great way to spend a few mindless minutes (ahem, hours) while you potential learn something or laugh. It’s honestly even become the love language in which I communicate with the teenagers in my life. Something that I noticed on the app recently though, has given me pause.

I was watching a video of someone talking about a new book she was reading. There were trigger warnings posted, and she kept talking about how the main character “un-alives” himself. Knowing what she meant, but thinking it strange, I wrote the name of the book down and kept scrolling. I happened upon another trigger warning and that same strange phrase, un-alives again. This is when I realized that Tik Tok does not allow certain words to be written or spoken and that suicide is one of them. This triggered an interesting memory for me: It was freshmen year of high school, and my Uncle had just died by suicide 2 days previously. I was sitting in Latin class and the teacher noted that I was quieter than usual. I explained that my uncle had died and he asked me how. I told him, sparing no words, and that was the end of Latin class that day.

Luckily the teacher was kind, and instead of getting upset that I had put my Uncle’s cause of death so honestly, he let the class play games to cheer me up. He did pull me aside after and mention that maybe I should be less vocal about the cause of death. I considered this, considered my fairly private family, and how sad and shocked we all were and agreed. It would be many years before I would re-think how Uncle Jim’s death was talked about.

When someone you love dies from suicide, there are a lot of factors to consider, factors that don’t come up with most other causes of death, factors like embarrassment and guilt. Often people are embarrassed that this is happening in their family: what’s wrong with us? Weren’t we enough? How could they do this to us? What will we tell people?

Embarrassment and guilt build walls. They are isolating emotions. They also don’t change a thing. What happened has happened. It’s not going to un-happen. Lying about a cause of death won’t make you feel better. Avoiding talking about it won’t make it go away. Making up a phrase like “un-alive” doesn’t make it any cuter. If a popular app won’t allow a user to say the word suicide, what does that say about how it’s talked about?

Suicide is still a taboo topic. We live in a world that is much more aware of mental health and the needs that arise from not protecting it, but so many families shy away from talking about suicide. I think it’s one of those topics that people leave unspoken because they fear bringing it up will “jinx” them; if they say something, it’s in the air now and someone might get an idea. Let’s look at a less taboo, but pretty unlucky topic and compare. Warning: it’s about to get silly.

You- I hope it doesn’t rain on vacation
Me- How can you say that?! Don’t you know that even thinking about it will make it happen!!??
You- I’m checking the forecast
Me- I swear I will leave you…
You- 75% chance of rain on Wednesday and Thursday.
Me- This is all your fault!
You- Ohhh there’s an indoor waterpark that we can go to on Wednesday, and a brewery tour for Thursday.
Me- Sounds great, I’m glad we have a back-up plan!
SCENE

Silly, right? Not at all comparable to a conversation about suicide, but it’s the same thought process that stops the conversation from happening. Just like you can’t stop the rain by pretending it doesn’t exist, if someone in your life is thinking about suicide, you bringing it up won’t cause it to happen. In fact the opposite might just happen and it could cause a discussion that could save a life.

Suicide awareness month is a great time to start having these difficult conversations. Statistically speaking, 1 in 2 people have been touched by suicide. 1 in 2. That’s 50% of the population! Not talking about it really hasn’t changed that fact very much, so let’s see if the opposite works: talk about it! My suggestion would be to check in with your kids and see what they already know. I guarantee they know more than you think. See what questions they have. If they’re noticeably uncomfortable, tell them that it’s ok to be, and maybe that you’re a little uncomfortable too.

At the end of the day, I’m not expecting conversations about suicide to be comfortable, or causal, but life is full of awkward conversations. Even getting used to saying the word suicide is a good first step. I know that I used to jump through hoops to avoid saying that word, and this was pre-tik tok regulations. Talking about the person you lost is a good second step. How someone dies doesn’t capture who they are. Talk about the good things, the things you miss, why you wish they were still here. Don’t let the person become taboo. Help others become aware that suicide is an epidemic, and a very treatable one. Conversations need to be held and words need to be said. If the youth in our lives are only hearing about suicide through an app that doesn’t allow them to say the word, then what are they learning? Let them say the word. Tell them that you worry. Tell them that they can talk to you.

September 10th (ironically the day that I wrote this) is National suicide prevention day and for a long time there was a movement to write the initials of your lost loved ones on your arms that day. Every year I write JCW and MBF on my arms and think about how to better support the people in my life: The ones who I know are struggling, and the ones who struggle in silence. I try to be aware and I hope that you will too.

About the author: Erin Whittaker has been with Child Guidance for almost nine years. She is a Supervisor in the Multisystemic Therapy program as well as a Licensed Outpatient Therapist. Outside of CGRC, she is going on her 11th year leading a performing arts program for elementary students in New Jersey! You can often find her reading, traveling (her favorite places are Iceland and South Africa) and hanging out with her nieces, nephews and Godchildren. 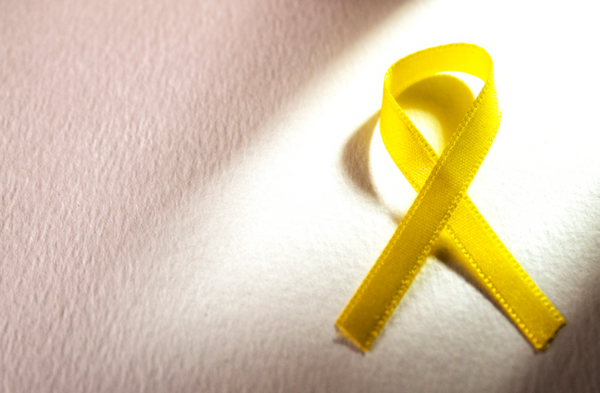 Suicide awareness and prevention is life-saving. We explore the risk factors for suicide, the things to look out for, and more. 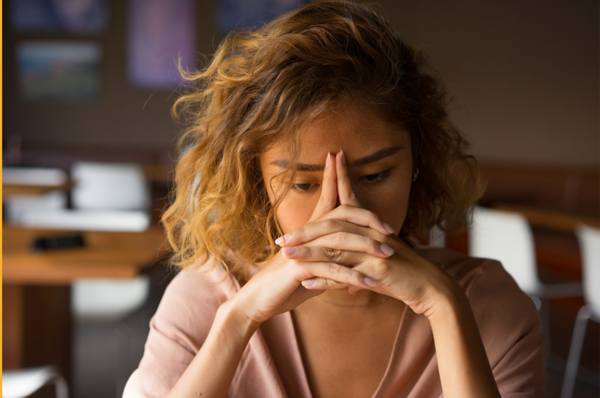 There has been a sort of expectation that come fall, we would have a return to normalcy. But the pandemic is not over and burnout is more present than ever. Burnout doesn't magically disappear; in fact, it seems to be worsening for many. What can you do to support yourself? We discuss this & more.