Suicide awareness month happens every September, but for us, suicide awareness and prevention is EVERY month. Today, we’re going to talk a bit about the risk factors for suicide, the things to look out for, and more. Suicide can be a scary thing to think about or to address. However, it’s a global epidemic. And, for each completed suicide, there are an estimated 20 or more suicide attempts (World Health Organization, 2014). That said, it’s not without hope.

There are known risk factors for suicide which can help with prediction. Feelings of helplessness, sadness, anxiety, and negative affect, for instance, are known to be associated with suicidality. Stressors resulting from past impulsive or avoidant behaviors (e.g., accruing a large debt) are also known risk factors (Brown & Chapman, 2007). We’ll talk a bit about more things to look out for in the list below. Merely relying on known risk factors, however, may not be enough for prevention strategies to be successful (Franklin et al., 2017). For example, even seemingly important cues, such as talking about suicidal ideation, may only be present in some: only around 40% of people who die by suicide express suicidal thoughts at an earlier time. The more we know about suicide and the signs that lead up to this life-ending action, the more we can prevent loss and help people get the care they need.

A few other warning signs of suicide include:
• Increased substance use
• Aggressive behavior
• Withdrawal from friends, family and preferred activities
• Dramatic mood swings
• Impulsive or reckless behavior
• Collecting and saving pills or buying a weapon
• Giving away possessions
• Tying up loose ends, like organizing personal papers or paying off debt
• Saying goodbye to friends and family either through text, letters, or verbally.

Suicidal behaviors are an emergency. If you or a loved one starts to show any of these signs, it is critically important to get immediate help from a healthcare provider or call 911 and go to the emergency room. People who have survived suicide almost always talk about how thankful they are that they did not die and were able to get help to address the root issues leading to their suicidal ideation. We want to help people who are struggling get to safety and get enough support and space so they can recover and live a full, life. Suicide is a permanent solution to a temporary problem.

Devastatingly, too many people die by suicide without ever sharing their thoughts or expressing their feeling that they need to die. While suicide is rarely without warning signs, they can very easily be missed. Why might someone keep these thoughts secret? Stigma is a HUGE part of this. Concerns about embarrassment (62.2%), being judged (55.4%), worrying others (54.7%), and others finding out (54.7%) were the most commonly reported reasons for why participants did not accurately disclose their suicidal thoughts (Horvath, A., Dras, M., Lai, C. C. W., & Boag, S.,2021). There can also be fears about having to be hospitalized or to let their loved ones down. Suicidal thoughts are scary and overwhelming; it can be very difficult for individuals struggling to make logical decisions or look to the long-term benefit of the short term discomfort (NAMI).

Who is at “risk” for suicide? While there is no specific look or description – anyone and everyone can struggle with suicidal idewation – research HAS found that 46% of people who die by suicide had a known mental health condition. Other things may put a person at risk of suicide, including:

A family history of suicide
http://delcosuicideprevention.org/

• Substance use. Drugs can create mental highs and lows that worsen suicidal thoughts.
• Intoxication.
• Access to firearms or other lethal items like pills
• A serious or chronic medical illness
• Gender. Although more women than men attempt suicide, men are nearly 4x more likely to die by suicide with the risk highest in middle aged white men.
• A history of trauma or abuse
• Prolonged stress
• A recent tragedy or loss

Suicide prevention is up to ALL of us. The more we know, the more we talk about it, and the more we work to increase access to care, the more lives we can save. Remember, most of the people who either attempted or completed suicide make their intentions known ahead of time  through language or other clues. Because of this, ANY talk of suicide should not be ignored or taken lightly. There is always hope. Even intensely depressed people generally want to end the pain they are in, not their lives. Often times, when a person in crisis gets the professional help in time, they will never be suicidal again. Suicide can be prevented in most cases and small acts of outreach and kindness can save a life. That said, if you lost a loved one to suicide and did not see the signs – know that this is not your fault. If you are struggling with suicidal ideation, have lost a loved one, or want to learn more, we have shared some resources locally and nationally below:

About the author: Carol Pratt is an intern at Child Guidance, obtaining her Bachelor’s of Social Work from Liberty University. She is a mother of 4 and is a strong advocate for individuals to help them live their best life. 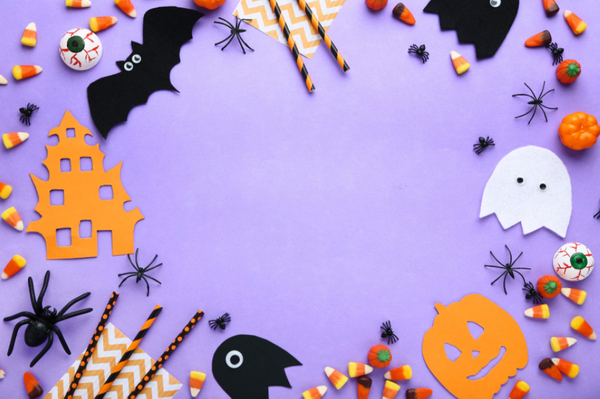 Let’s talk about Halloween! This year might look a little bit different depending on your family’s needs and availability of activities in your community. There are a variety of different ways to celebrate Halloween that can meet your family’s unique needs this year or anywhere!

Just like you can’t stop the rain by pretending it doesn’t exist, if someone in your life is thinking about suicide, you bringing it up won’t cause it to happen. In fact the opposite might just happen and it could cause a discussion that could save a life.